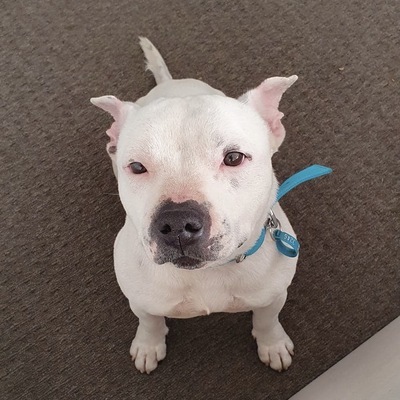 Please read full bio – Ghost is an amazing dog but does have some health issues to be aware of.
Ghost is a pint-sized bouncy, energetic and affectionate English Staffy Mix. He gets along well with other dogs but would need to be the only dog in the house, as he has a tendency to “resource guard” his humans. He does not want to share his people and their pats! He is fine with full-time workers and is not destructive. For a senior boy he’s incredibly sprightly and loves going for his daily walk and a game of fetch or tug of war. He’s not suited to small children as he can get nippy and snappy when he’s overexcited – not at all in an aggressive manner but he does jump up into your face which could hurt or frighten littlies. He walks well on lead but does get overexcited when he spots another dog and will pull towards them to say hello. He is toilet trained, but has a tendency to initially ‘mark’ his territory in new places, particularly if there are other animal smells around, so you would need to be prepared for that and redirect him.

-Ghost is deaf, but it really doesn’t impair him! He’s very clever and knows the signals for “sit”, “stay”, “come”, and can be directed to a certain position e.g. to his bed/crate, in/out of an area. He is a food-motivated staffy and would be easily taught some other tricks if you took the time.
-Ghost is epileptic, and will need twice-daily medication for the rest of his life. Since being stailised on this medication he has not had a seizure for several months.
-Ghost also has some mild issues with his knees (patellas) but it doesn’t appear to cause Ghost discomfort; he still runs around like a 1 year old pup, can leap on top of tabletops (yes, naughty!) and has no problem keeping up on a hike. Our veterinary surgeon has classed his left knee as “Grade 1” and his right knee as “Grade 2” and doesn’t recommend surgery unless Grade 3 or 4 is reached. This may or may not occur, so would need to be monitored. 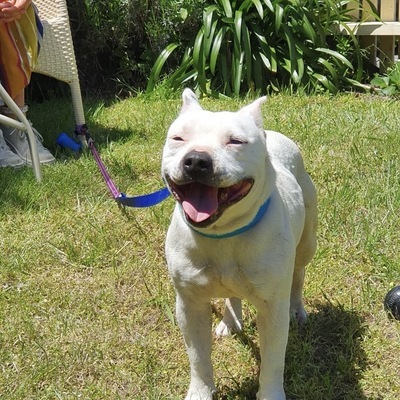 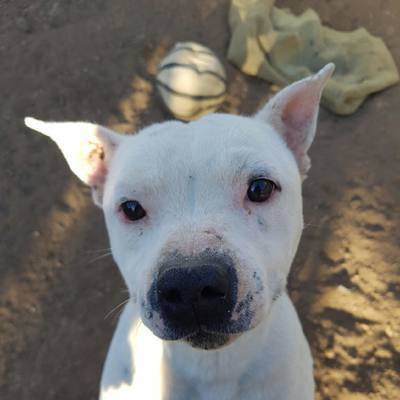 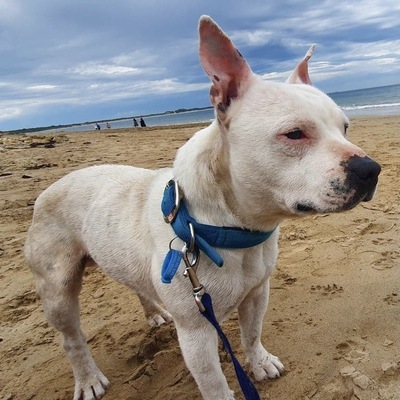